Why freelancing is a cure to the negative mental health effects of the modern-day job.

The University of Manchester reported in a study they conducted that having a job you hate – referred to as a “poor-quality” job throughout the study – is worse for your mental health than being unemployed. An amalgamation of contentious bosses, condescending co-workers, and colorless assignments all contribute to a cruddy work environment.

Especially when considering that it isn’t uncommon for working weeks to be 40 hours and up, it’s easy to see why 51% of full-time employed Americans reported to Gallup in 2017 that they are uninterested in their jobs.

LA-based psychotherapist Sarah Shewitz said, “If you’re constantly miserable at work, of course, that’s going to affect your mental health if you already have a more negative outlook on life because you’re feeling depressed, or more fearful outlook on life because you’re anxious, it’s completely amplified by being at a place that you despise daily.”

This is where the wonderful world of freelancing comes to play. A refreshing way to generate income in an unruly economical climate. Day by day proving that the need for an extra source of income is not only nice but also necessary. Freelancing can be stressful, it can be even longer hours than a regular full-time job of 30-40+ hours. But the positive mental health effects that it can have are undeniable.

The Retrieval of Autonomy

Off the bat, as a freelancer, you generally have control over which clients and gigs you take. Retrieving one’s autonomy is not only a privilege for freelancers. It’s also a revival for those who have just made the switch to freelancing. A welcome revitalization after being stuck at a corporate 9-5 being dictated on which mundane tasks to complete.

You can control the variety of work you do, simultaneously creating graphics for companies whilst writing articles for news agencies. You are near unlimited in the ability to execute your aspirations.

In tune with your regain of control, you also have greater management of your schedule. Once you and your client define the deadlines, you are free to choose when you work. The pros of having flexible work hours cannot be stressed enough. Whether you’re an early bird or a night owl, you can pick the schedule that suits you. Tired? Take the morning off guilt-free!

Balancing your work/life almost instantaneously becomes a much more fluid task. Allowing the ability to create time slots for recreation when you need it most.

Unless you’re offering physical services, freelancing tends to be digital, from logo development to online marketing solutions. No more long commutes and traffic jams, no more spending a fortune on gas for your car every week. You may make 10%-20% less while freelancing, but the money you’ll save by not commuting surely compensates. Not to mention that spending time in public leaves you vulnerable to the insatiable desires of expensive food and clothing.

Wake up and commute to your kitchen to get your coffee. Then commute to your couch to rest until you fully wake-up. Then you top it off with a 5-second walk to your workspace, the grand finale of a freelancer’s commute.

The Gig Economy has been on the rise since it brought USD 3.7 Trillion to the global economy in 2018. Freelancers are, at a monumental rate, becoming a leading part of the emergence of digitalization. Major micro-job platforms like Freelancer and Fiverr offer centralized platforms for freelancers and freelance-seekers.

Likewise, the Asian markets are starting to see many grass-roots gig platforms popping up, like Workezy.com, a quickly growing freelance platform dedicated to bringing the gig economy to Asia in an accessible manner. A free account for both employers and freelancers makes it easily accessible, give it a go!

With the growing demand for service-providers, there’s no reason you shouldn’t pick up freelancing on the side. If your hobby makes you financially stable then it wouldn’t be illogical to ditch your miserable job. 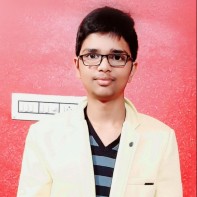 Mohammed Owais
Hello there! I am a student who is studying Bio and many more things, I love writing knowledgeable things about health, beauty, fitness and many more but on this website, you will only discover about health-related information. Feel free to contact me if you have any queries.
Share
Facebook
Twitter
Pinterest
WhatsApp
Previous article4 Important Tips to Stay Fit as a Freelancer
Next articleCalcium-The Miracle Mineral and Vitamin D
- Advertisement -

TRANS FATS Trans fats are also a type of fat and plays an important role in giving energy to our body. It is also helpful in...
Read more
health

Calcium- The miracle Mineral. Calcium is an essential mineral to maintain good health. It is very important to build bone and teeth health. Approximately 99% of...
Read more
wellness

What Are the Pros and Cons of Rapid Drug Detox?

What Are the Pros and Cons of Rapid Drug Detox? If you have been looking into different types of rehab, then you may have come...
Read more
- Advertisement -

what is yoga and health benefits of yoga

what is yoga and health benefits of yoga